See it in action
School Interventions 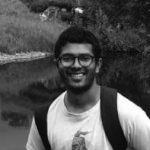 However, it can be hard to know how to get the most value for your spending as many of the resources available are unable to show evidence of their impact on pupils’ attainment.

This was the problem facing Holland Junior School, Surrey in 2017; they had tried various solutions, and none had had the impact they were hoping for. Then they found something that worked.

Holland Junior School initially used Third Space’s Learning’s KS2 SATs Intervention Programme for 16 of their pupils in receipt of Pupil Premium. The pupils chosen had been identified as lacking confidence in several areas, but particularly maths.

Headteacher Gill Robertson was hesitant at first; an online intervention was a little different from what Holland Junior had tried until then. She worried that the children – among them several SEND pupils – might not benefit from what she first thought was a laptop-focused, ‘one-lesson-suits-all’ method.

But she opted to see Third Space in action before she made any final decisions, visiting a Third Space showcase day hosted by another local school.

In her own words: “[I] was amazed at how engaged they were but also at the sheer breadth of lessons on offer, and that they were highly individualised for those children.”

Her experience matches many of our schools. Elysha Wallis, Assistant Head at Hyrstmount Junior School in West Yorkshire, describes the one-to-one interventions as a “‘diet’ specifically catered to the gaps in [the pupil’s] learning” – a particularly attractive prospect for Hyrstmount, who had lost their in-house individual intervention teacher not long before joining us.

Third Space Learning’s interventions are so pupil-specific because we use a pre-learning diagnostic assessment – known as Mission Zero – to identify where each pupil is most struggling in maths, and tailor their lessons to address these areas first.

Frequent assessment for learning and practice questions in sessions allow tutors to further refine and adapt their lessons as the pupil progresses, ensuring learning doesn’t taper off or slide backwards.

This system of diagnostic assessments and gap-fill teaching ensures that resources (and spending) are focused directly on each pupil’s attainment, making it that much easier to see value for money and monitor the impact of Pupil Premium spending.

Impressed with what she had seen, Gill agreed to spending some of Holland Junior School’ Pupil Premium budget on Third Space Learning, targeting 16 pupils.

Among this group were several pupils with ADHD and other SEN, who usually found it difficult to concentrate in lessons.

But during Third Space lessons, these pupils were the most focused and attentive. “That laptop, the headset, and a voice talking to them all the time enables them to shut off everything else happening around them and they just go for it,” she explained.

The online, interactive nature of the intervention is popular among many children. Julia Bolton, SENCO at West Horndon Primary School in Essex, reflects on the extent to which their Third Space Learning pupils engage with their lessons:

“It really amazes me that they put their headphones on and they’re lost in their little bubble. They’ve got no concept of the other children working around them and you can see they’re really thinking hard or… using [their] fingers. They’re doing all sorts of stuff which they wouldn’t necessarily do in the classrooms working with a group of children. It’s really lovely.”

To bring out the best in their pupils, Third Space tutors go through a rigorous training course before beginning sessions, and a core component of this is training around ‘Student Centred Teaching’.

Student Centred Teaching aims to maximise engagement and attainment by promoting pupil voice in lessons. Our tutors encourage growth mindset and reflective practices, and help pupils with maths-related anxieties, all during the intervention session.

This forms a dialogue between tutor and pupil; the tutor gives instruction, and the pupil responds to that instruction actively.

This kind of one-to-one interaction with a teacher is something that pupils from disadvantaged backgrounds may not have had the chance to experience as their peers have (e.g. through private tutoring), and this can often add a sense of being ‘special’ to the intervention programme.

In combination with our online classroom software, Student Centred Teaching ensures pupils are engaged and active in their sessions in a manner that is difficult to achieve in a traditional classroom.

“The reporting that comes through is fantastic”

Whether a child is engaged in their lesson is plain to see, but attainment requires a closer look. To be sure that their intervention pupils were progressing, Holland Junior School made full use of Third Space Learning’s weekly pupil reports.

“The quality of the report enables you to see which children have learned new content from the curriculum, what percentage of children have been going through work they’ve previously done but now consolidated to a point where they’ve got more answers correct, and which ones are achieving beyond the levels you expected.”

We provide these weekly reports because we believe in a holistic approach to pupil progression; what our tutors teach can help refine and enhance class teachers’ lessons.

“It tells you what they need to do more work on. This is helpful – I’ve printed [the reports] off and given them to next year’s teacher, so she knows in advance what each child needs.“

This is a particularly powerful example of how you could make use of our reports beyond their immediate value; a teacher is able to plan maths lessons for the coming year with a clear idea of where her least attaining pupils still have knowledge gaps.

Of course, this same principle could apply week by week and unit by unit as well, creating a complementary learning system to help pupils progress even further.

Our reports also allow teachers and senior leaders to measure the intervention programme’s value for money directly, providing a clear picture of how pupils are progressing as a result of their Third Space sessions.

“It’s a better way for us to spend our money”

Holland Junior School signed up to Third Space Learning to improve the confidence of the students on the programme. The results spoke for themselves.

“In many cases it helped them to perform even better than we were expecting,” Gill said. For others, “we could see that their confidence in approaching the [SATs] papers was hugely improved, having seen lots of similar questions before in Third Space.”

For Holland Junior, the improved results of their Year 6 cohort were bonuses on top of their increased confidence with maths. For St Michael’s CofE Primary School in Trafford, they were precisely what they’d joined Third Space for.

“This past year 100% of our Pupil Premium pupils passed their maths SATs, and 50% of those at Greater Depth! On top of this, 100% of the Year 4 and 5 pupils on the programme achieved Age Related Expectations or Higher.”

Third Space Learning pupils are able to make considerable progress because of our approach to teaching.

Maths is taught as a series of discrete topics, and pupils are only moved on once their tutor is certain (via assessment for learning) that they have fully understood what they have been studying.

In our SATs-focused programmes we also make extensive use of practice questions in SATs question style, as Gill alluded to. The confidence that our intervention pupils build is based on a solid, evidenced foundation that will last well past the end of their intervention lessons.

Content Editor
As a member of the content team at Third Space Learning, Anantha helps to ensure that teachers everywhere can enjoy the blogs and resources created by the team. Before coming to TSL, Anantha worked as a teacher and a marketing analyst. What You Need To Know About The EEF Report On Tutoring Do You Know How To Measure The Impact Of Your SATs Interventions? Here’s How We Do It What Is Pupil Premium Funding 2023?
x