What Is Division? Explained For Primary School

What is division? There are four basic operations in maths: addition, subtraction, multiplication and division. Children will encounter all of these at primary school, starting from Year 1. From experience, children tend to find division the trickiest to grasp.

Division is a mathematical operation which involves the sharing of an amount into equal-sized groups. For example, “12 divided by 4” means “12 shared into 4 equal groups”, which would be 3.

Sometimes a number cannot be shared into equal groups with an integer (whole number) as an answer, so we are left with a remainder. Take 13 ÷ 4 – we cannot split 13 equally into 4 groups (unless we venture into decimal numbers), so we would be left with 4 groups of 3 and 1 left over. In mathematics, this would be written as 3 remainder 1 (or 3r1), so 13 ÷ 4 = 3r1. Learn more about division with remainders here.

Division and its inverse: multiplication

Whilst “dividing by 4” is usually seen as “sharing into 4 equal groups”, it could also be seen as “how many equal shares of 4 can be made?”. Despite the similar wording, there is a distinct difference between the two. See the first example below of 12 ÷ 4 – this shows 12 being shared into 4 equal groups (with 3 in each group). In the second example of 12 ÷ 4, it shows how many equal groups of 4 can be made – which is 3. Ultimately, the answers (quotients) are the same!

If a number is divisible (which means it can be divided by) by a one-digit number with no remainder (the quotients in these examples would be called factors), there is often a quick way to tell without having to actually work it out! A number is…

How to explain division

As well as the concept of sharing, we can talk about grouping when we discuss division. In the problem above, instead of thinking about sharing between 2 people, we would talk about groups of 2 – how many groups of 2 can be made? By pairing up the sweets, we can make 3 groups.

Grouping and sharing are two ways of discussing division (as also previously referred to for 12 ÷ 4). However, there are other ways, such as repeated subtraction and using more formal methods (particularly useful as children move onto larger numbers) – see how to teach division for more support for whole classroom teaching and our division intervention blog to target individual pupils.

When do children learn about division in school?

Children learn the concept of division right from Year 1, but the formal method of division (commonly known as the bus stop method) isn’t introduced until Year 5, where the children begin with short division (usually used when dividing by a one-digit number).

How does division relate to other areas of maths?

As mentioned frequently throughout the curriculum, children are required to know their times tables and related division facts before the end of Year 4. However, another key part of the maths curriculum – introduced right from Year 1 – is fractions. A fraction is, essentially, a division.

How does division link to real life?

Division is required whenever something needs to be shared equally between two or more groups. This could be cost (e.g. a £174 bill between four people), distance (e.g. working out the halfway point between two destinations), weight (a 2kg bag of apples shared three ways) or much more!

It is important to convey to students how division plays into everyday life. At Third Space Learning we try to incorporate real world division problems into our one-to-one online maths lessons. Personalised to each student’s unique needs, our online tuition aims to fill gaps in maths knowledge. In addition to online tuition, Third Space Learning offers an extensive collection of worksheets, learning and teaching resources to support students and teachers.

The division here is 10 ÷ 2. Through the concept of sharing, the diagram below shows 10 sweets shared into 2 groups, resulting in 5 in each group.

Through the concept of grouping, the diagram below shows 10 sweets grouped in 2s, resulting in 5 groups.

What are the 4 properties of division?

There are four properties within division: the dividend, divisor, quotient and remainder.

How do you explain division to a child?

Division is sharing an amount equally.

Why is division used?

Division is used to share an amount equally or to split an amount into equal groups.

What are division rules? 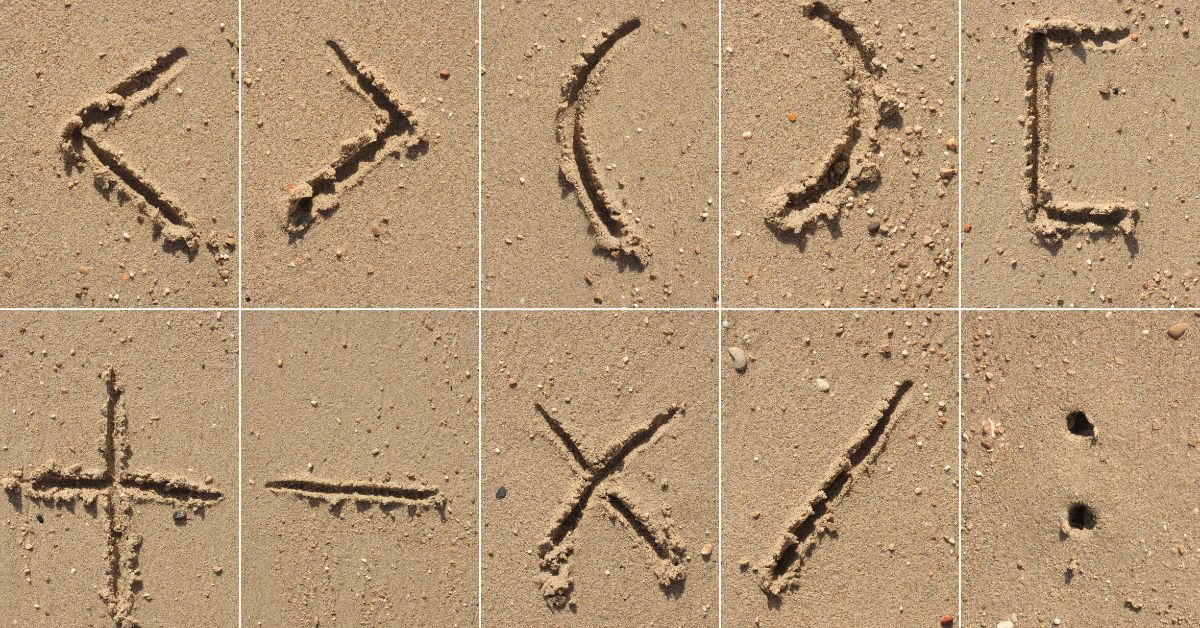