Inequalities at a glance

Single variable inequalities can be represented on a number line and we can also list the integer (whole number) solutions to inequalities.

Quadratic inequalities are initially dealt with in the same way as quadratic equations by calculating the roots of the equation by factorising or using the quadratic formula. These roots can then be plotted and the general graph can be sketched. The possible values for x can then be worked out by looking for the values of x where the graph is either above or below the x axis. Inequalities On A Number Line Worksheet 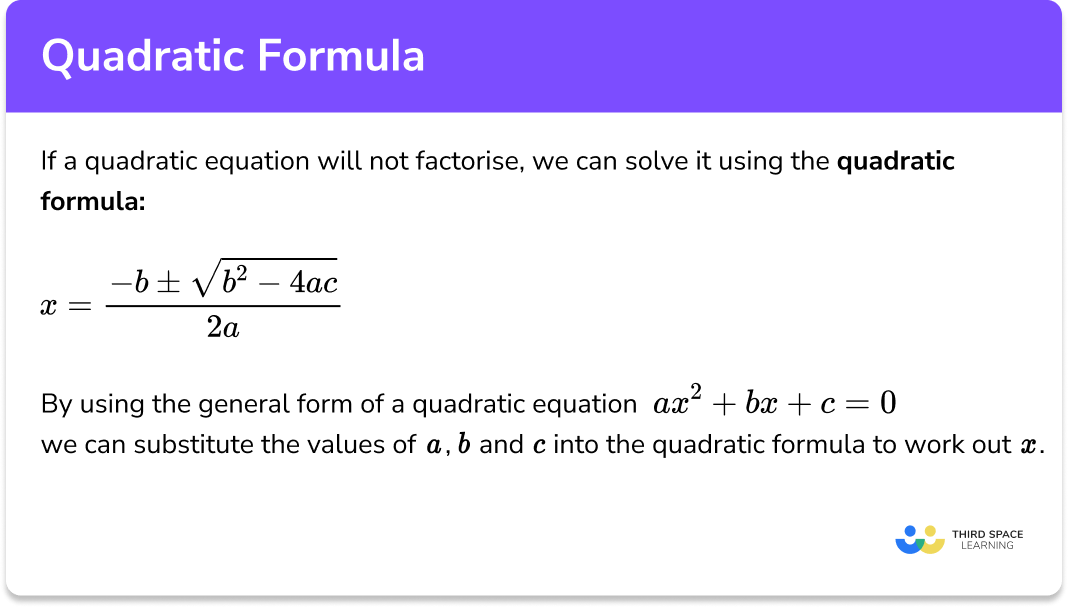 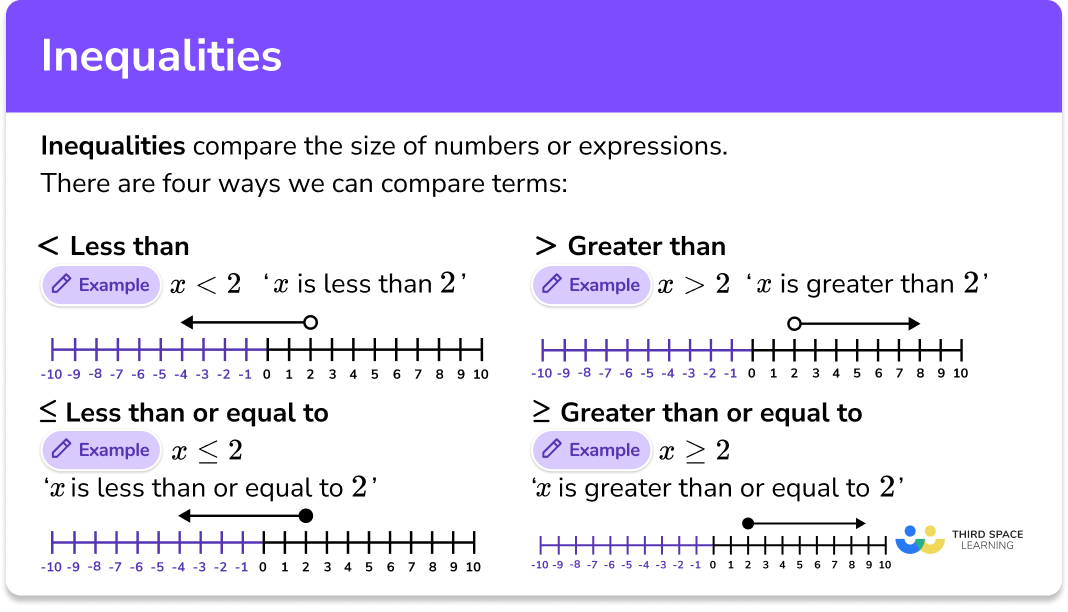