The Most Effective Marking Strategy For My Primary School: Banning It An effective marking strategy should not be confused with heavy duty marking. Headteacher Clare Sealy explains why she banned marking in her primary school for an entire term, and the new marking and feedback strategies she used to move beyond prescriptive marking.

I have a confession to make. I was an early adopter of heavy duty marking.

As a headteacher, I already rejected many expected nostrums of ‘good’ primary school practice. On the grounds that they were inefficient, time-wasting rituals that bore little actual learning fruit.

For example, I never asked for planning, leaving the level of detail committed to paper up to individual teachers. I wasn’t that big on display. I reduced our end of year report to a format that took half the time to complete and provided a day out of class to complete them. PPA could be taken home if so desired.

I even ditched formal lesson observations.

So why did I believe in heavy duty marking?

Once upon a time I had been motivated by EEF research on feedback and inspired by the system invented by a local super-head. So I introduced a rigorous new system. It involved green pens, marking stickers, pupils responding through dialogic marking, the lot.

It did actually have a positive impact, particularly on writing. Expecting pupils to read and respond to marking before improving their work paid dividends. Work improved. We were very proud of our system.

Our books looked marvellous – no red pens but lots of green pen pupil responses and multi-coloured stickers on every piece of work. They were marked within an inch of their lives!

At cluster moderation events or when consultants came in for work scrutinies, people were seriously impressed. We got used to always having the most impeccably marked books. Ofsted were impressed. I was impressed.

Despite the incredible workload, teachers didn’t complain about the system because they bought into the idea. We all believed we were doing the right thing for pupil progress; yes it was hard work but teachers expect to work really hard for their pupils.

There was no upswell of popular discontent. I didn’t have teachers leaving teaching because the workload was too intense. So why did I make the change?

Marking wasn’t so effective in maths

I was less sure heavy duty marking was having the same impact in Maths. Here, our approach was to mark the actual calculation and follow up with a reasoning question. Could the pupil write success criteria for this procedure? Could they write a word problem for one of their calculations? Could they prove an answer was correct by doing the inverse?

This was not a bad thing, but I sometimes wondered why mathematical reasoning wasn’t an integral part of our lessons. Why was it tagged on at the end?

As for the other subjects, marking became marking for literacy, rather than marking as feedback to help improve subject knowledge.

I’m all for insisting that written work across all subjects is high quality, but marking was no longer leading to improved outcomes for subject specific content.

There was no denying that the marking policy had massive workload implications, despite staff generally supporting it. Younger teachers who didn’t drive would travel to and from school on public transport with suitcases full to the brim with exercise books.

One beginner teacher remarked, rather ruefully, ‘when my mum bought me this suitcase I imagined using it for city breaks to Barcelona, not for lugging books around the tube system.’

Until then, I just accepted that a heavy workload was part and parcel of the profession. The notion of teacher-as-martyr was rather appealing and made me feel all noble, to be quite honest.

Having said that, it was only noble if it actually made things better.

Marking and feedback are not the same

Initially, reading Joe Kirby’s blog post on alternatives to marking challenged my faith in our current marking practice. It helped me realise that, like the profession as a whole, I had conflated ‘feedback’ with ‘marking’. While research shows that effective feedback has a very positive impact, marking is only one way of giving feedback. But, in its use of teacher time, it is horrifically inefficient.

I came to realise that because marking books happens outside of the lesson and outside of where the teaching and learning takes place, it is not the best way to give feedback to children. As well as voraciously consuming teachers’ free time, often the gap between learning and feedback blunts its effectiveness.

I also considered how heavy teacher marking places the onus of checking and improving work on the teacher, but not the pupil. Our practice spoon-fed pupils, showing them mistakes and omissions without actually asking them to hunt down mistakes in their own work themselves.

The focus for our development work that year had been the ‘Maximising Impact of Teaching Assistants Project’.

This was part of a longer, two-year research focus on growth mindset in primary school which developing pupil autonomy and self-reliance were key aims. So why – I began to ask myself – did our marking policy not reflect this?

Why were we doing the work for our pupils, instead of getting them to do it for themselves? They needed to do the thinking about what was missing – not us.

So we took a step back.

Marking is one of the ways teachers can find out how a student is progressing, and thus plan future teaching based on what she or he finds in the marking. And of course it provides acknowledgement to the student of the work they have done.

The most valuable part of this process is the feedback – for the teacher and for the student.

What is effective marking and feedback?

The MITA Project materials include a very useful visual aid; the MITA triangle:

The triangle is used as part of CPD to remind Teaching Assistants that when helping children learn, it is vital to intervene as little as possible, giving children space to do the hard thinking for themselves.

The top of the triangle, at its widest part, is self-scaffolding. Moving further down, the narrowing triangle shows how only some pupils need clues. The very bottom represents just giving pupil the correct answer. Naturally, this should be avoided at all costs.

It occurred to me that our marking policy had been  subcontracting the responsibility for hard work on to the teacher rather than the learner. Cognitive science tells us to really learn something we need to think hard about it. Or as Robert Coe puts it, ‘learning happens when people have to think hard.’

Our marking system had adults thinking very hard, eating up their weekends when they should have been playing with their own children or taking that wheeled suitcase somewhere exciting. Or possibly even both.

Pupils, on the other hand, had every punctuation error flagged up for them, every omitted word highlighted and every slip of tense pointed out. They never had to find their own mistakes.

Regardless of its faults, I was apprehensive about changing my marking policy. I had a litany of questions and concerns. How exactly would I go about it? Joe Kirby’s list of alternatives might work well in a secondary setting but would it translate to a primary context? How would it work in practice?

Two other things gave me the courage to move on. The first was the teacher workload review of marking; the second the review of marking undertaken by the Education Endowment Foundation. Which found that actually there was very little research into the effectiveness of written marking.

Reading these helped me to realise I’d inflicted an onerous, time-devouring policy on staff without positive research to back it up!

Trying to move on was hard. Our school marking policy was very prescriptive; use this colour pen for this and this sticker here. I read about the approaches at Michaela Community School and at Shaw Primary School. It all seemed disconcertingly vague compared with our own forms of marking with their codification of colours. Still, I thought we had better give the approach a try.

So in June 2016 I shared my thoughts with the teachers and showed them how these schools gave feedback instead of remote marking.

Where next? Banning marking books in my school

Then, I said that for the remainder of the summer term, I was temporarily banning them from doing any marking of books at all (unless it was done as live marking in lesson with the pupil).

They were free to experiment however they liked. Though of course, they must read pupils’ books and give the class feedback. Then, the following September, we would evaluate what had and didn’t work and create a new marking policy from there.

I banned marking books entirely because I knew my teachers would find it hard to wean themselves away from such an embedded approach. So I made them go ‘cold turkey’ for 6 weeks. No written feedback in books, no acknowledgement marking, and instead lots of verbal feedback.

The great thing was, our no more marking approach worked. Teachers found it was surprisingly straightforward to move away from marking. Then with full support from my staff, in September we agreed how we would proceed for the rest of the year.

Our new no marking policy starts out with the assumption that all children can work independently given prior input. It gives them take up time; it lets them struggle for a bit. Above all, it makes sure they’re doing the hard work, not you.

Do you have pupils who need extra support in maths?
Every week Third Space Learning’s maths specialist tutors support thousands of pupils across hundreds of schools with weekly online 1-to-1 lessons designed to plug gaps and boost progress. Since 2013 we’ve helped over 60,000 primary school pupils become more confident, able mathematicians. You can learn more about our interventions or request a personalised quote for your school to speak to us about your school’s needs and how we can help.

St Matthias School
Primary Headteacher
As Headteacher of a school in Bethnal Green, Clare "loves learning more about doing her job better". She writes on Ofsted, grading, school budgets and more on our blog. 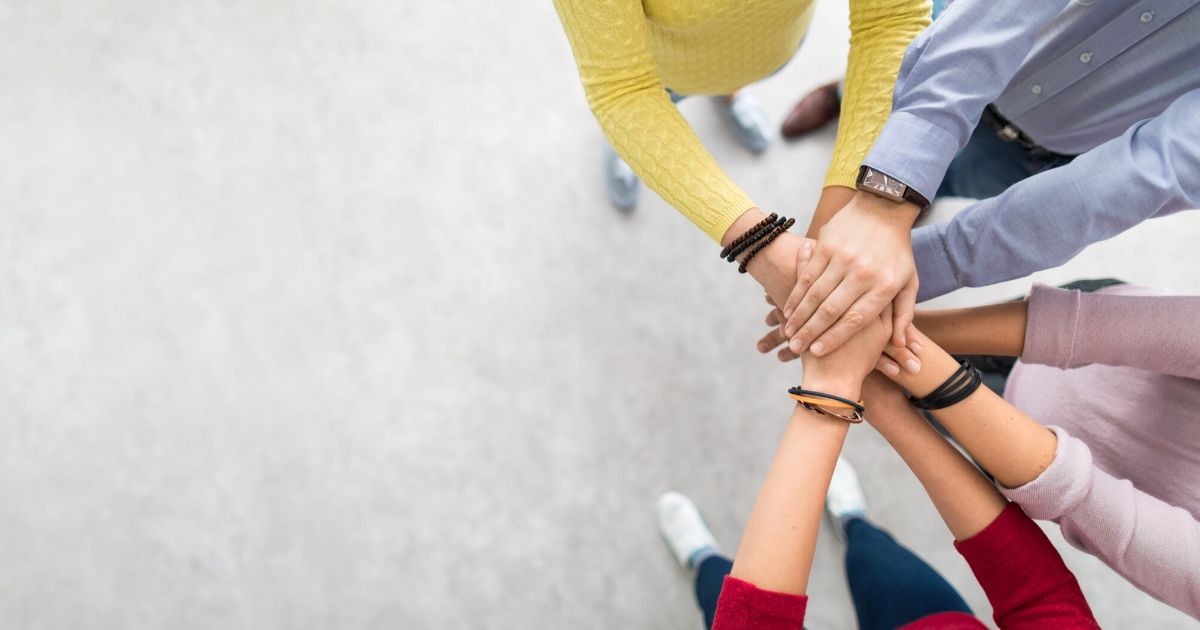 The 7 Principles Of Effective School Leadership The Power of ‘Sorry’ – School Leaders Who Dare to Apologise
x