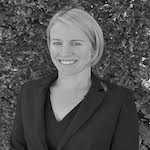 In the early stages, in Key Stage one and lower Key Stage two, addition word problems are taught through the use of concrete resources and visual images. As pupils become more confident with the formal written methods, children progress to use these to help solve more complex problems.

Children benefit from regular exposure to word problems, alongside any fluency work they are doing. To help you with this, we have put together a collection of 25 addition word problems with answer keys, which can be used with pupils from Year 2 to Year 6.

Pupils in Year 1 are introduced to simple one-step problems involving place value and addition, through the use of concrete objects, pictorial representations and missing number problems. At this stage, children should be memorising and reasoning with number bonds to 10 and 20. They also need to understand the effect of adding zero.

In Year 2, pupils continue to use concrete objects and pictorial representations to solve addition problems, including those involving numbers, quantities, measures and simple money word problems. They are also expected to apply their increasing knowledge of mental and written methods,  using one and two-digit numbers. Pupils start working on basic written addition and are introduced to the concept of regrouping.

By Year 3, pupils are starting to tackle more complex addition word problems. They begin to use written methods to add 3-digit numbers, using formal column method for addition. Pupils also begin solving addition problems involving fractions, in addition to building on their mental addition skills to add a three-digit number and ones, tens and hundreds.

Pupils in Year 4 progress to solving two-step problems in contexts, deciding which operations and methods to use and why. They are also beginning to work with larger numbers, adding up to four digits using the formal written method of column addition.

Pupils in Year 6 continue to work with larger numbers and decimals, solving increasingly complex multi-step problems, deciding which operations to use and why. By this stage students should have a solid grasp of the written methods for all four operations.

Why are word problems important for children’s understanding of addition

Word problems help children to make sense of addition. In the Early Years, simple story problems aid understanding of what is being asked, alongside the use of concrete resources and visual images. Real-life word problems are an important element of the maths curriculum for children throughout the school, giving them the opportunity to put the addition skills they have learnt into context, to understand how they can be used in the outside world.

How to teach addition word problem solving in primary school

Pupils need to be taught how to approach word problems, beginning by reading the questions carefully and making sure they fully understand what is being asked. The next step is to determine what calculation is needed and whether there are concrete resources or pictorial representations  they can use to help solve it, or if

Here is an example:

How many passengers are on board the ship now after the first week?

What do you already know?

How can this be represented pictorially?

Addition word problems in Year 2 require pupils to work with 1 and 2-digit numbers. At this stage it is important children are working with concrete resources to support their understanding. Children also begin to learn how to check their answers by finding the inverse of  calculations.

Maise has 14 crayons. Her friend gives her 8 more.

How many crayons does Maisie have now?

Hamza buys a large pack of biscuits, whilst his sister buys a small pack.

How many biscuits does Hamza and his sister have altogether?

Amal collects 34 conkers. Her brother finds 7 more and adds them to her collection.

How many conkers does Amal have now?

38 children were on the bus going to the zoo.

The bus stopped to pick up 12 children from another school.

How many children were on the bus now?

How many stickers have the two boys collected between them?

A train driver drove 234 miles on Monday and a further 186 miles on Tuesday.

How many miles did he drive in total over the 2 days?

Sam spent £1.25 on a bar of chocolate in the shop. He then spent 60p on a packet of sweets. How much did he spend all together

A climber has climbed 238m up the mountain. He has another 174m to go to reach the top. How high is the mountain?

A family was travelling to their holiday home.

They set off at 9am and travelled for an hour and a half.

They then had a 20 minute break and travelled for another hour.

What time did they reach their holiday home?

A builder is building a wall around the school playing field.

How many bricks will he use to build the wall?

Chloe is buying some food from a cafe.

How much does she spend altogether?

He has already run 4560m. How much further does he have to run?

This can also be solved as a missing number column addition, or as a subtraction calculation.

How much change does he have left?

How far is the journey from London to Sydney, via Doha?

Pupils in Year 5 solve addition word problems with larger numbers (more than 4 digits), using formal written methods and  mentally. Word problems become more complex multi-step problems, involving other operations. Pupils at this stage should continue to be encouraged to check their answers by finding the inverse.

What is the total population of the three towns combined?

A car can hold 60 litres of fuel when the tank is full.

If 17.98 litres of fuel has been used, how much fuel does the tank hold now?

This can be solved mentally, by counting on from 17.98, as a missing number addition question, using column addition, or as a subtraction question.

If the lift can hold a maximum weight of 500kg, how much more weight can the lift carry?

Count up from 164.63 or solve as a missing number addition.

Lucy buys 2 large packets of biscuits and 4 small packets. How much change will she get from a £10 note?

How much did he have to start with?

If 315,736 people visited last year. How many visited this year?

After 2 days, how much will the zoo have left?

The Brown family are going on a road trip. They plan to drive 274.3 miles to a hotel. They then have another 276.9 miles to drive to reach their final destination.

If they have travelled 197.8 miles so far, how much further do they have to travel before they reach their final destination?

Assistant Headteacher
Emma is a former Deputy Head Teacher, with 12 years' experience leading primary maths. Over the past 18 years, she has worked in primary schools in the UK and internationally, in Qatar. She now runs a tutoring company and writes resources and blogs for Third Space Learning, She is also the creator of the YouTube channel Maths4Kids with her daughter, Amber.