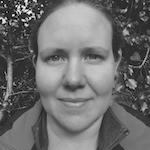 Probability questions and probability problems require students to work out how likely it is that something is to happen. Probabilities can be described using words or numbers. Probabilities range from 0 to 1 and can be written as fractions, decimals or percentages.

Here you’ll find a selection of probability questions of varying difficulty showing the variety you are likely to encounter in middle school and high school, including several harder exam style questions.

What are some real life examples of probability?

The more likely something is to happen, the higher its probability. We think about probabilities all the time.

For example, you may have seen that there is a 20% chance of rain on a certain day or thought about how likely you are to roll a 6 when playing a game, or to win in a raffle when you buy a ticket.

How to calculate probabilities

The probability of something happening is given by:

We can also use the following formula to help us calculate probabilities and solve problems:

Question: What is the probability of getting heads three times in a row when flipping a coin?

Since there are only two possible outcomes and they have the same probability of occurring, this is called a binomial distribution.

Let’s look at the possible outcomes if we flipped a coin three times.

Each of these outcomes has a probability of ⅛.

Therefore, the probability of flipping a coin three times in a row and having it land on heads all three times is ⅛.

In middle school, probability questions introduce the idea of the probability scale and the fact that probabilities sum to one. We look at theoretical and experimental probability as well as learning about sample space diagrams and venn diagrams.

1. Which number could be added to this spinner to make it more likely that the spinner will land on an odd number than a prime number?

2. Ifan rolls a fair dice, with sides labeled A, B, C, D, E and F. What is the probability that the dice lands on a vowel?

3. Max tested a coin to see whether it was fair. The table shows the results of his coin toss experiment:

What is the relative frequency of the coin landing on heads?

Max tossed the coin 67 times and it landed on heads 26 times.

4. Grace rolled two dice. She then did something with the two numbers shown. Here is a sample space diagram showing all the possible outcomes:

What did Grace do with the two numbers shown on the dice?

Subtract the smaller number from the bigger number

For each pair of numbers, Grace subtracted the smaller number from the bigger number.

Since the probability of mutually exclusive events add to 1:

In high school, probability questions involve more problem solving to make predictions about the probability of an event. We also learn about probability tree diagrams, which can be used to represent multiple events, and conditional probability.

7. A restaurant offers the following options:

How many possible different combinations of starter, main and dessert are there?

First we need to work out how many students walk to school:

Let’s call the probability of getting a head p.

The probability p, of getting a head AND getting another head is 0.16.

10. I have a big tub of jelly beans. The probability of picking each different color of jelly bean is shown below:

If I were to pick 60 jelly beans from the tub, how many orange jelly beans would I expect to pick?

The probability of picking an orange is 0.25.

11. Dexter runs a game at a fair. To play the game, you must roll a dice and pick a card from a deck of cards.

To win the game you must roll an odd number and pick a picture card. The game can be represented by the tree diagram below.

Dexter charges players $1 to play and gives $3 to any winners. If 260 people play the game, how much profit would Dexter expect to make?

12. A fair coin is tossed three times. Work out the probability of getting two heads and one tail.

There are three ways of getting two heads and one tail: HHT, HTH or THH.

13. 200 people were asked about which athletic event they thought was the most exciting to watch. The results are shown in the table below.

A person is chosen at random. Given that that person chose 100m, what is the probability that the person was female?

Since we know that the person chose 100m, we need to include the people in that column only.

14.  Sam asked 50 people whether they like vegetable pizza or pepperoni pizza.

Sam picked one of the 50 people at random. Given that the person he chose likes pepperoni pizza, find the probability that they don’t like vegetable pizza.

We need to draw a venn diagram to work this out.

There are 35 people altogether who like pepperoni pizza. Of these, 10 do not like vegetable pizza. The probability is   \frac{10}{35} .

We need to think about this using a tree diagram. If there are 12 marbles altogether and n are red then 12-n are blue.

To get one red and one blue, Nico could choose red then blue or blue then red so the probability is:

The content in this article was originally written by secondary teacher Beki Christian and has since been revised and adapted for US schools by elementary math teacher Katie Keeton.

Maths Teacher and Author
Beki has 11 years experience teaching secondary Maths. She is currently working as a Maths tutor as well as writing resources and blog posts for Third Space Learning.
x