“We were facing a big problem with attitudes and confidence levels”

Intervention Pupil Type: KS2 pupils with low confidence
Aveley Primary found that their KS2 pupils were lacking confidence in maths. After hearing about 1-to-1 from a local school, they set up 1-to-1 maths for nineteen target pupils across Year 4 and 5.

We knew we needed to do something about these fixed mindsets

A lot of our pupils had the perception that they were really no good at maths. With some, it stems from the parents who feel like they ‘can’t do maths’, meaning their kids are turned off of maths early on. There was a particular group of pupils across Year 4 and 5 – some of them were Pupil Premium, some were working below where they needed to be and some simply needed a confidence boost – one thing they had in common was that they all needed additional 1-to-1 support to address their individual needs.

I spoke to a colleague about this group of pupils and they mentioned Third Space Learning. They’d heard it about it from a local school at a maths meeting and, since we were looking for something that would really hook the children in, it sounded like just the thing we needed.

It allowed us to provide the personalised support these children needed

For us, it was great because it allowed us to ensure those children were getting something extra, and they really did need that. Because it’s 1-to-1, the children really benefit from the
opportunity to build their confidence in this environment. Plus, using the diagnostic programme – where lessons are automatically assigned each week based on each individual pupil’s gaps – meant the lessons were far more personalised than if we were doing them for each pupil.

All of a sudden, we started seeing a shift in attitudes towards maths

Those attitudes we had been seeing, those children who’d thought they just couldn’t do it, were changing. All of a sudden they’re now going home and saying to their parents that they can do it! Their confidence has grown so much. They now challenge themselves and no longer fear maths! They’re able to work through problem-solving questions very meticulously and have clear strategies to support them. That’s all come from their work with their Third Space tutors, who obviously take it at the right pace for each individual child.

“It’s great for those children that are working below where they need to be, but also for the children who would benefit from building confidence and they find that with the 1-to-1. Third space has certainly helped with those children that had more of a barrier than others.” 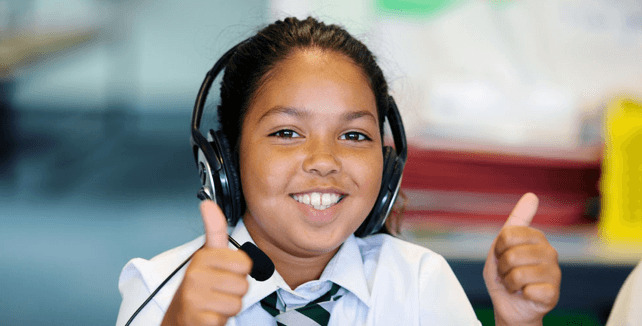