Election Day Maths Activities Again! With the greatest of speed it’s time for yet another UK General Election, so let’s ignore the madness around us and just settle down to some election themed maths activities.

Elections (dare we say referenda too) of any sort are a fantastic opportunity to help pupils understand the mechanisms of government, as well as how voting works.

What better way to show pupils how to use their power as citizens of the UK? Or improve their wider social awareness?

And as the activities below show, probability, percentages, ratio and proportion all have a part to play in the real life Maths of a UK general election. 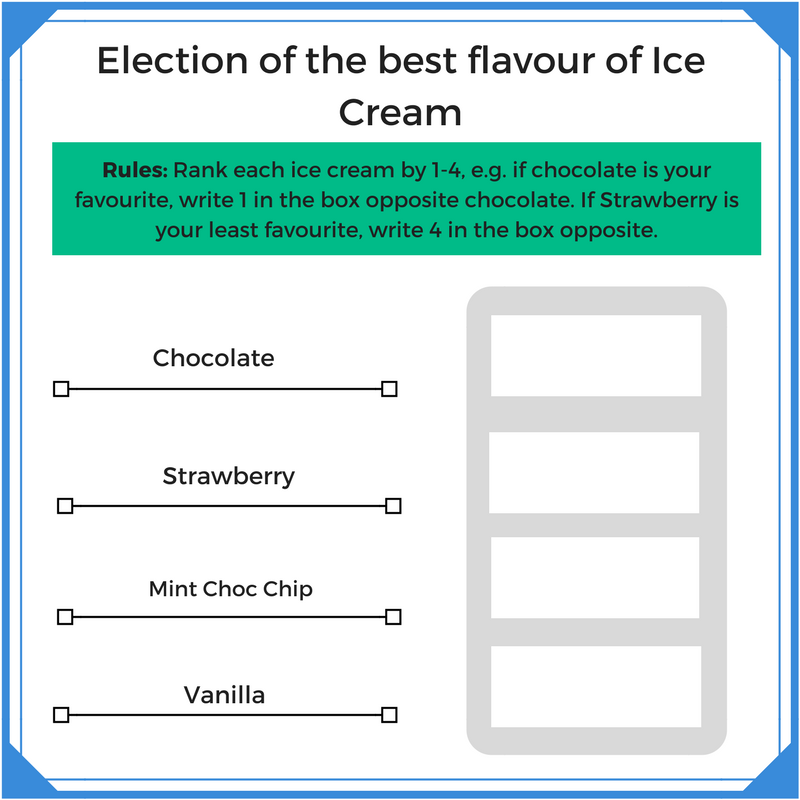 Follow these instructions to hold an ice cream ballot for your class:

Discuss: Did the same nominee win using both categories? If not, why? Which do you think is the fairest system? 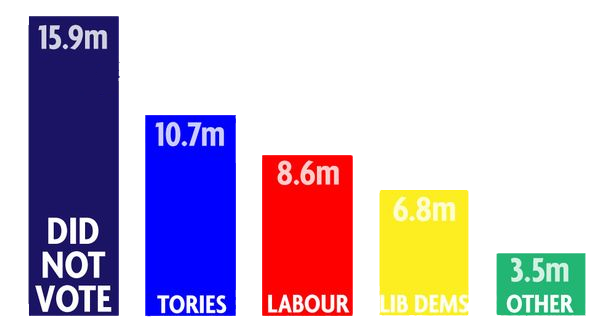 Use the image above as an instigator for the following discussion:

Finally, work out what fraction/percentage of people did not vote in the 2010 election. 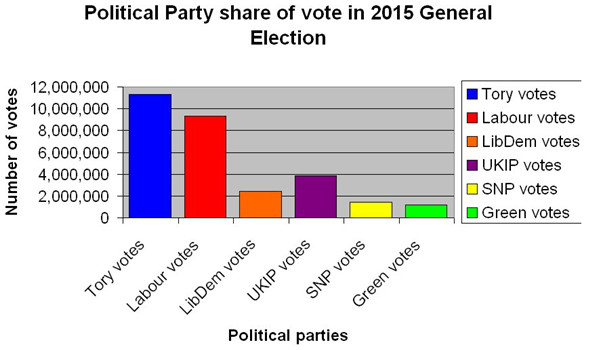 Extension: As a class, decide on the closest estimation for each party. Using those estimations, work individually to create a pie chart showing how many people voted for each political party.

Putting Maths in context is essential to get past the ‘why do I need to learn this’ discussions at school. It also enables reasoning and problem solving in a less contrived manner. No more Chen requiring 14 watermelons. Every Third Space online tuition ends with a reasoning question designed to build on content learnt by the pupil in the preceding 45 minutes. This acts both as an assessment and as essential reasoning practice with a one-to-one tutor to help support the child who struggles to find a way in.

If you have pupils in your class who would benefit from one to one maths support, get in touch.

Good luck with the election Maths, don’t forget to tweet us @thirdspacetweet and tell us what your class or school finds our election Maths activities!

Check out 20+ more fun topical Maths investigations for KS2 here or head over to our Maths Hub where every day we publish a new ‘maths of the day’ problem solving activity for free.