As we draw near to the end of May, our summer-term tour of topical Maths investigations is ready to stop at the FA Cup Final for some fun KS2 football Maths activities! The first ever FA Cup (or the Football Association Challenge Cup) was played through 1871-72, making it the oldest football competition in the world. It’s also one of the most popular.

Considering that pupil engagement is closely linked to how interested they are in their work, the popularity of the FA Cup makes it an ideal candidate for a topical investigation to get your pupils practising their all important reasoning skills.

18 Maths investigations linked to calendar dates, designed to develop reasoning and problem solving in your pupils

With this in mind, here are some topical Maths investigations linked to the FA Cup 2018 to try out in the classroom this week. Plus a bunch of online football Maths games.

Here are the results from the 2017 FA Cup 1/8-finals and quarter-finals:

Using the image above, work out the answers to the following questions.

—
Update: If you are on the lookout for more football Maths problems then why not check out our 2018 World Cup Maths blog which is packed with problems and activities for your pupils to tackle.

Try one of these great football fractions games: 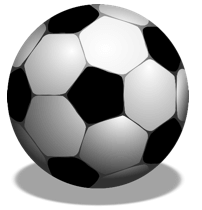 Check out 20+ more fun topical Maths investigations KS2 in our blog: 5 Ways to Use Topical Maths to Improve Problem Solving and Reasoning.

Enjoy the reasoning around footie Maths, and don’t forget to tweet us @thirdspacetweet and tell us what you get up to in school for the FA Cup Final! Teaching Long Division In KS2: A Quick And Easy Way To Help Year 5 and 6 Learn To Love It!